When building or remodeling a home, many homeowners look for ways to save more money and be more environmentally friendly. When building or remodeling a home, many people will look at what types of heating and cooling system they should install. As both cooling and heating systems can vary when it come to the heating system, homeowners can choose between a boiler or furnace. Hal Mechanical services will share the difference between the two systems and which one will be right for you.

A boiler heating system is similar to a pressure cooker. A boiler uses hot water to warm the inside of the home. Boilers don’t use air ducts. Instead, boils use piping to heat the home. This piping is snaked throughout the entire house. There are two major types of boilers: a steam boiler and a hydroponic boiler which are the two methods of heating up the water. Boilers also can use gas or electrical means of fueling both steam and hydroponic systems. When seeking efficiency, gas boilers are far more efficient. A steam boiler works by boiling the water. This creates the hot steam which is then sent to the radiator and in turn is then sent through the piping. A hydroponic boiler heats the water just before the boiling point and sends out actual hot water to a hydronic radiator that then sends the water through the piping. Once the water cools, it is then sent back to the boiler for reheating.

A furnace is an air heating machine that is fueled by either gas, propane, or electricity. Furnaces come in either single stage or double stage. Most modern furnaces are double stage units as they are connected to a thermostat which controls when to activate the unit. Furnaces also uses air duct or ductwork system that is normally in the attic. However, sometimes it is found in the floor. Furnaces send the heated air to the blower which then pushes the air through the air duct system and into each room of the home. When considering which furnace is most economical, again gas is the cheaper fuel source today and is the better choice.

A furnace will require an air duct system, and a boiler will require a piping system installation. Either way they both require a similar traveling system. Boilers are more costly to install at first but are the cheaper method to run longer term. Additionally, boilers often last longer than furnaces. A furnace often wins because they use the same air duct system as the air conditioner unit. Since the air ducts will be used anyway, why invest in a boiler which will require a separate traveling system? Furnaces are also cheaper units to install and last a fair amount of time to make them a fair investment. If you are building your own home, it is strongly recommended to use a gas fueling system as it is a cheaper fuel method.

If you need a furnace or boiler installed or require basic maintenance, repairs and inspection, you can contact Hal Mechanical and schedule our quality services today. 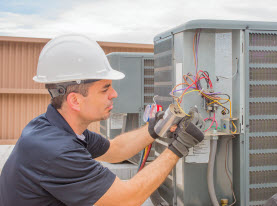 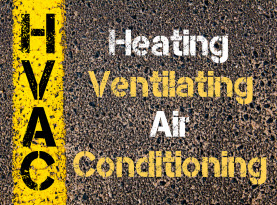 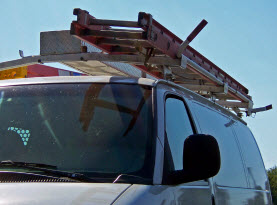 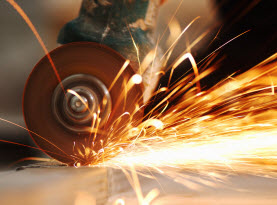